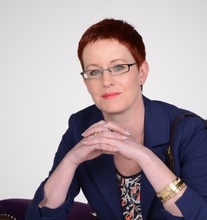 PPS are short listed in the Manufacturing category for the Birmingham Post Business Awards.

This follows on from various achievements for the West Midlands based Company who celebrated their 30th anniversary this year.

Managing Director, Kirsty Davies-Chinnock said “To be short listed for these awards is hugely exiting. We constantly strive to improve month on month and the recognition from the Judges is an incredible testament to our team.”

Post Editor, Stacey Barnfield, who chaired the judging panel, said: “We have been taken aback by the quality of entries in this year’s business awards.

“The Post has been reporting a lot about improvements in the local economy of late and this was really reinforced in the applications.

“It was a fascinating process whittling down dozens of entries into what we think is a very impressive shortlist. There were a lot of difficult decisions to be made and many a heated debate between the judges.

“The Birmingham Post Business Awards is always a fantastic night, and we are sure this year’s will be the best yet.”